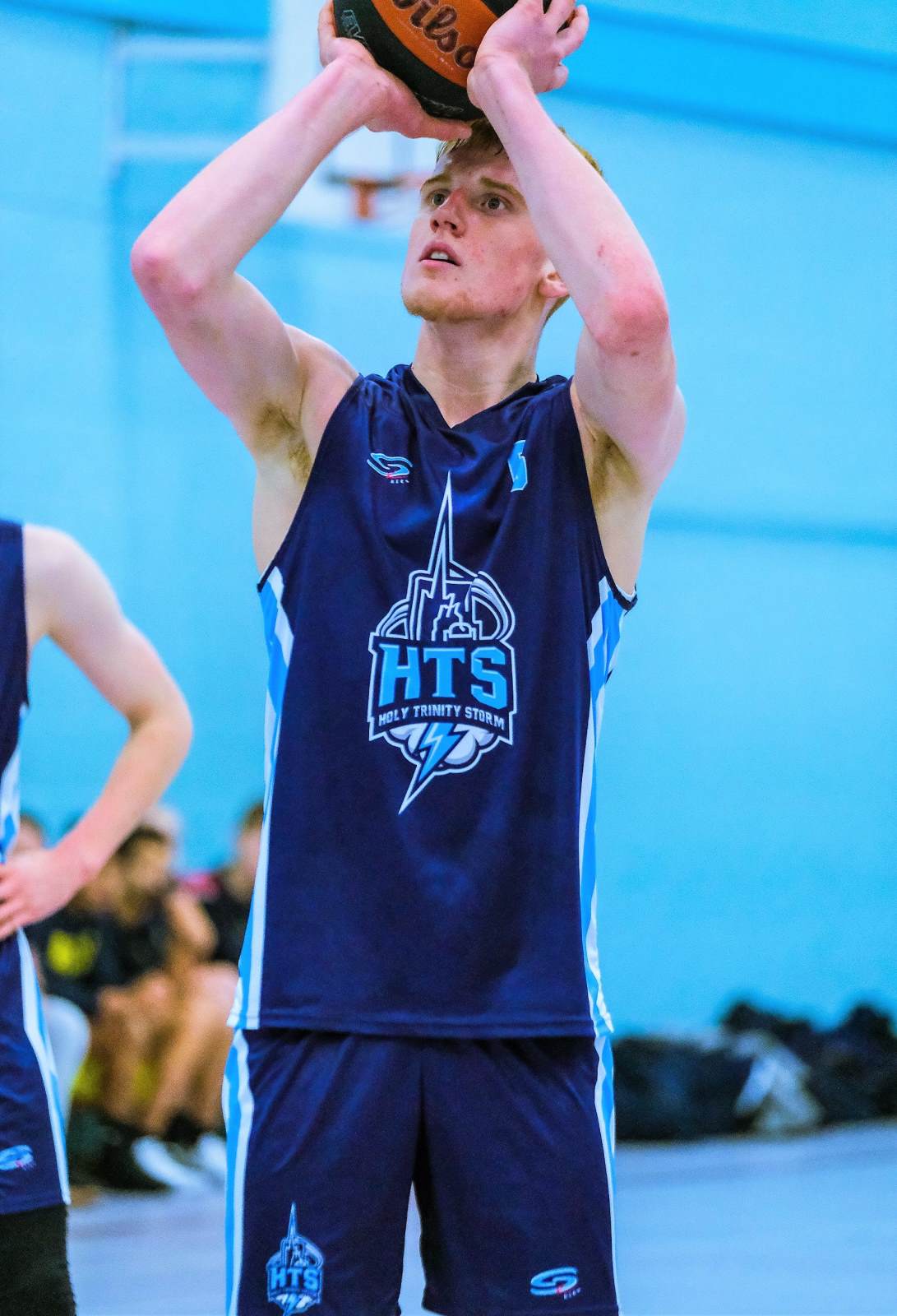 Cameron Hildreth is the first player ever to make the leap to a High Major Division 1 programme in the US straight from the UK education/basketball system.

Cameron has achieved this whilst being a student-athlete in the Sixth Form at Holy Trinity School in Crawley.  The Basketball Academy is part of the school’s post-16 provision and offers students the opportunity to develop their basketball skills whilst pursuing their academic studies.

This programme at Holy Trinity sits at the top of Storm Basketball Club’s player development model, and allows student athletes to access elite coaching throughout the school day, alongside strength & condition & video analysis sessions. Last season Holy Trinity were the only undefeated team in league play, whilst reaching the semi-finals of the playoffs, well and truly cementing their place amongst the Country’s finest basketball academies.

Cameron has verbally committed to attending Wake Forest University for the 2021-22 season. Cameron, who plays in the Academy Basketball League (ABL) for HTS Storm, will complete his BTEC Level 3 Extended Diploma in Sport in the summer of 2021 before continuing his education on a full athletic scholarship to play at the NCAA Division I level.

“The main thing that stood out to me at Wake was the unbelievable staff members; from the education teachers to the team physio to the nutritionist and all the coaches. They all really appealed to me,” Hildreth said. “Wake Forest has an amazing setup for the 'professional athlete,' which I really wanted to experience – that lifestyle of a pro basketball player.”

Cameron got his start in the game very early, first as a fan – watching his father Daniel Hildreth playing professionally in the British Basketball League for Worthing Bears. Cameron soon took to the court himself, first suiting up in the National Basketball League (NBL) as a nine-year-old in the U13 competition. Throughout his junior career, Cameron has often had Coach Hildreth patrolling the side-lines and, after his GCSE’s, made the choice to attend HTS Storm Basketball Academy for his Post-16 studies to continue playing under the tutelage of his father.

Coach Hildreth said, “We spent a lot of time deciding what was going to be best for Cameron’s development; looking into all the different factors that could help him achieve his goals. The decision for Cameron to attend Holy Trinity has clearly proved to be a positive one, with him now committing to Wake Forest.”

Describing the recruitment process, he continued, “Cameron’s goal was always to attend college in America from a young age, but it was always an unknown what level would be best for him. As we spoke to various coaches and programmes, it became clear that he was highly rated by some of the top schools. The eventual decision to attend an incredible academic school in Wake Forest, alongside playing at the highest level, is the best of both worlds to progress his studies and his basketball. The school, the club and his family are very proud of his achievements to date, and hope he has continued success stateside.”

Named the ABL Southern Conference Most Valuable Player for 2019-20, while enjoying a breakout season in NBL Division One for Worthing Thunder, Cameron saw his stock rise rapidly throughout the British basketball community. As a member of the Great Britain U16 & U18 national team in 2018 & 2019, and starring as a guest playing for Barking Abbey Academy in the Adidas Next Generation Tournament, Cameron is also no stranger to the top levels of basketball across the continent. The 6-foot-5 guard was slated to be a leading player for Great Britain's national team at the U18 European Championship in August, but the event was cancelled due to the coronavirus pandemic.

However, this move to join Wake Forest will take his game to new heights, as he becomes the first British guard to join a high-major university programme in one of the ‘power five’ conferences – the top five collegiate leagues in NCAA Division I. The move to the ACC should not be overlooked, as he becomes only the fourth British guard ever to attend a high-major school.

Upon achieving this feat, Cameron said, “My dream and goal since I was able to walk was to play college basketball in America. To be able to say that I'm going to the most famous league, the ACC, playing the best of the best with a wonderful program, excites me so much. It's going to be a challenge, but I love competing, so I can't wait for the season to start.”

Reflecting on Cameron’s time as a student-athlete at The Holy Trinity School, Headteacher Rev. Chrissie Millwood said, “we are delighted to have Cameron as part of our superb Basketball Academy and are absolutely thrilled for him as he now has the next step in his Basketball career secured.  Cameron is a truly phenomenal player, and it is a joy to watch him play.  His huge potential has attracted much attention within the Basketball world and amongst his peers - yet he remains a modest young man who is a credit to both the school and the club.  I could not be happier for him and am confident he will continue to be successful within the sport he loves so much.’