Student Leadership is an integral part of Sixth Form life at Holy Trinity, giving many different students an opportunity to develop their leadership skills. The Head Team works with the Sixth Form and School community as a whole to ensure that the underpinning element of community is truly embedded into the Sixth Form experience.

The Head Team at The Holy Trinity School Sixth Form is a group of Upper Sixth students, chosen by the senior teachers in a set of interviews. They each have separate responsibilities, but come together as a team to make decisions and organise activities for the Sixth Form and the rest of the school. 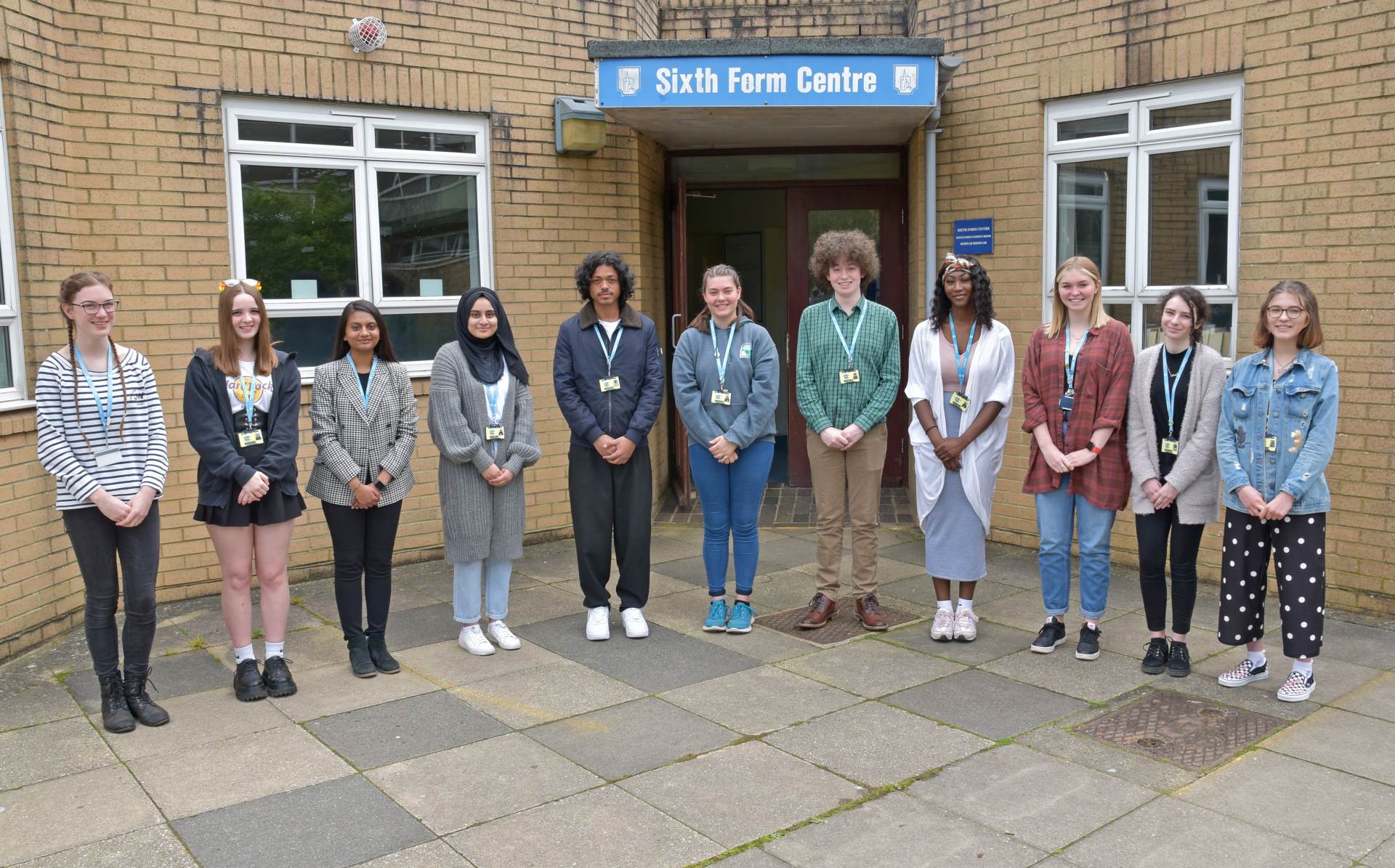 We believe in the holistic development of our students and actively encourage them all to take on responsibilities to enhance their development. Within school this may include working with younger students or taking a leading role in initiatives such as our anti-bullying work. There are other opportunities outside of school; for example, many of our students have benefitted from our long-standing link with our local hospital. 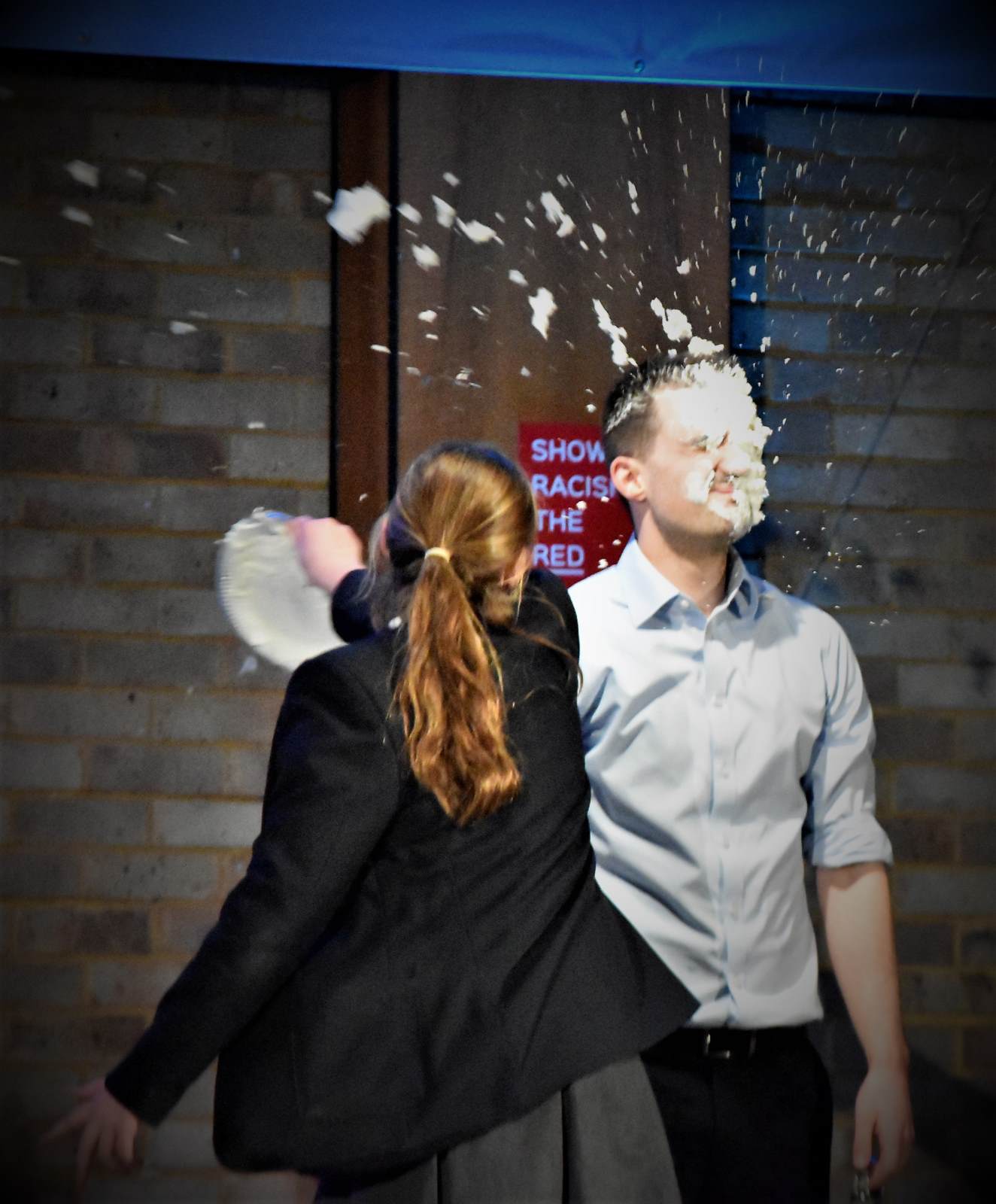 A massive thank you goes out to everybody who took part in Charity Week 2020, either through participation in the events or by just coming to watch. It is amazing how much of a difference we can make to the lives of so many people, while having a great time ourselves.

The week started with "I'm a teacher - get me out of here" followed by The Voice, Man O'Man, The Great Holy Trinity Bake Off and finally a hilarious version of Blind Date.

The final total raised was £2198.15 which is an amazing amount. This will be divided equally between our chosen charities: - St Catherine’s Hospice, Alzheimer’s Research UK, Australian Bushfires Donations & Save the Children.

Well done to all! -  Charity Officer 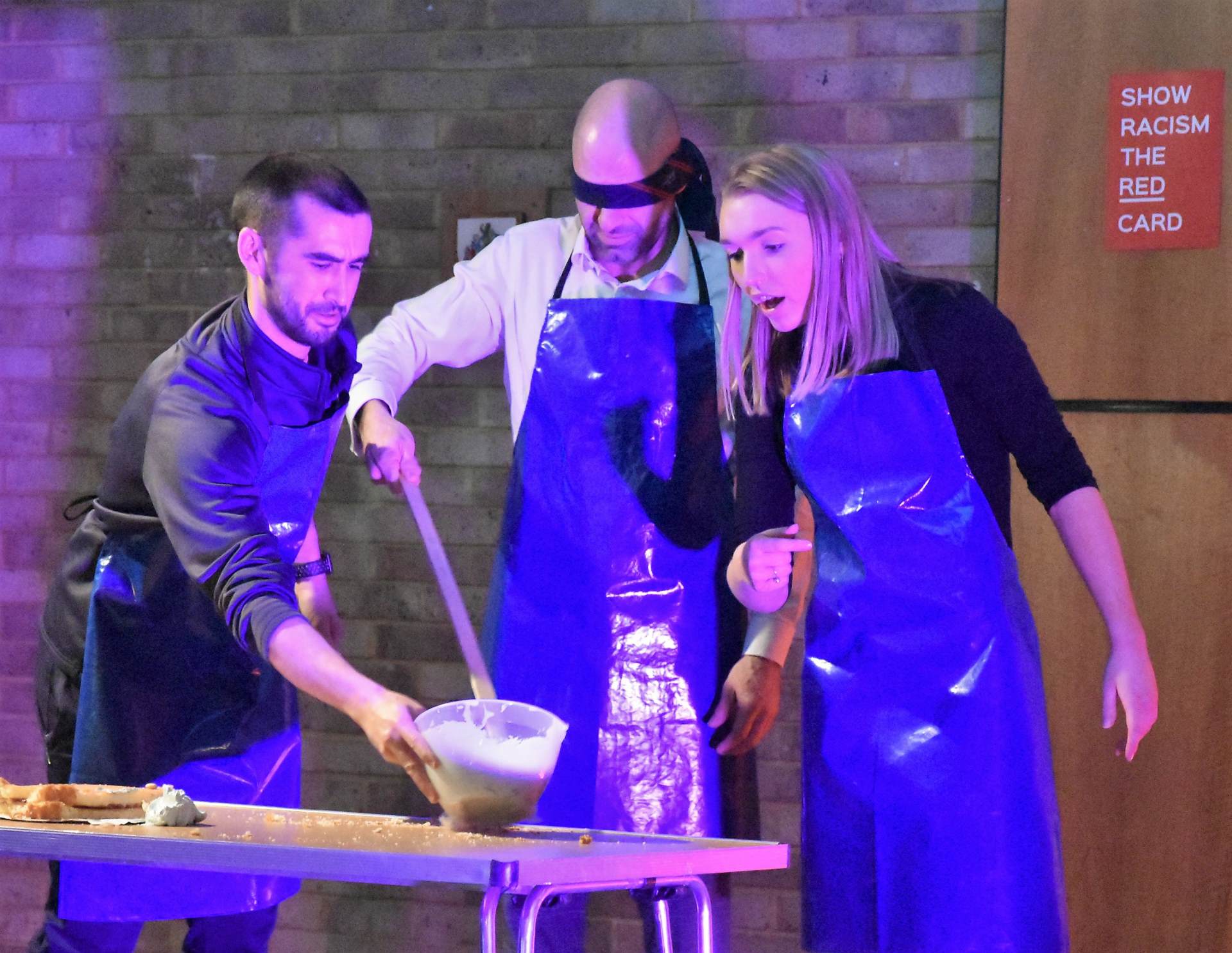 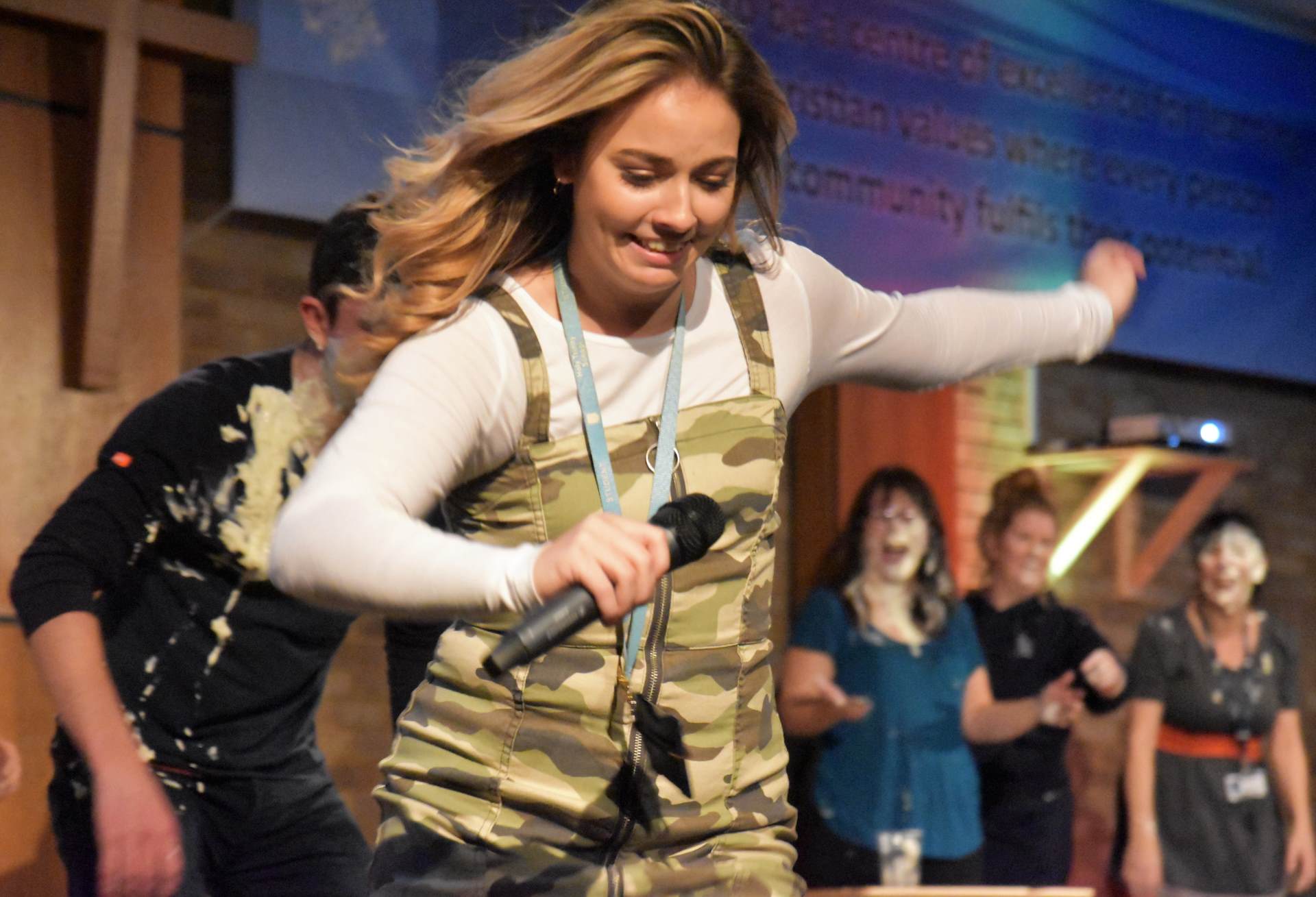 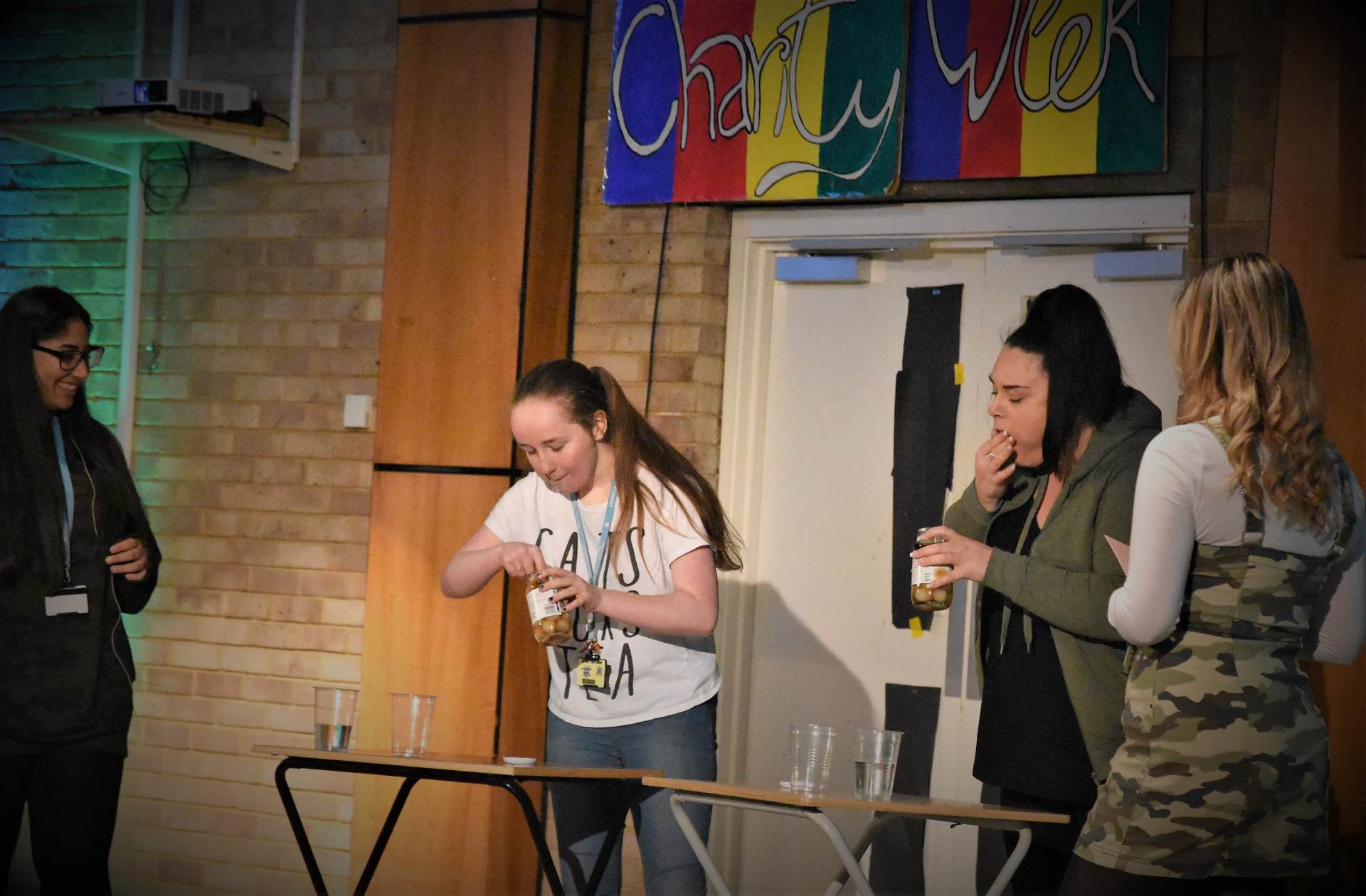 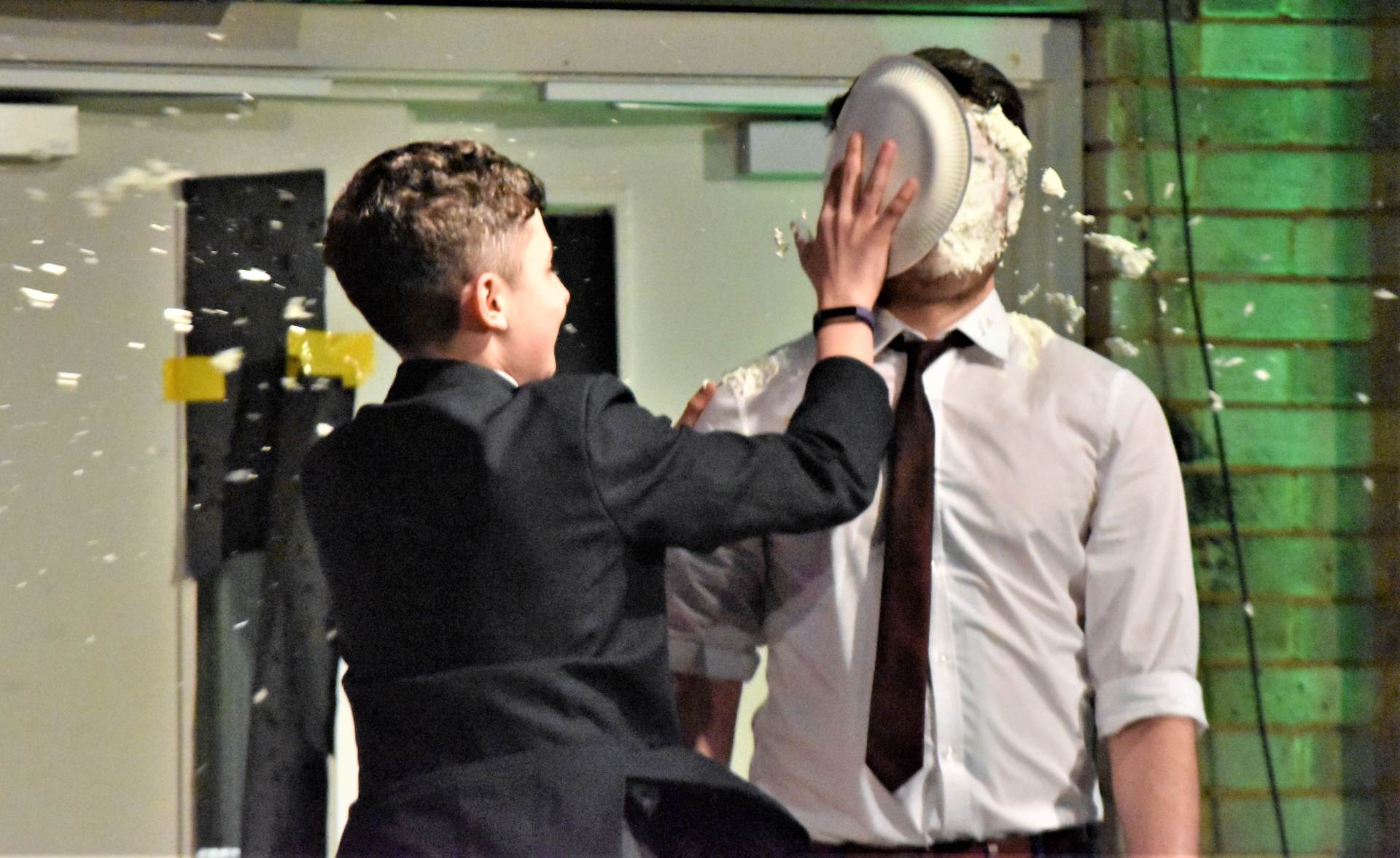 The Tina Wheelhouse Memorial Award is named after a much loved former student and colleague and was inaugurated in May 2016 following Tina's untimely death. The award is presented annually to the Year 13 Student ‘who exhibits an on-going commitment and loyalty to the school; characterised by 'their enthusiasm, spirit of service and love for others.’  Candidates are nominated by staff and Sixth Form students and then finalists are voted on by staff to reveal the winner.  The winning candidate's name will be inscribed on a salver and an inscribed glass cross will be presented to the winner.  A donation is made by the school, in the name of the award, to a charity of the student’s choice in memory of Tina.

The award has been presented to the following students: